For centuries, nature has been the muse for many an artist; its beauty highlighted in rich hues across biodiversity. This obsession to present nature in all its forms progressed to painting en plein air, the act of painting outdoors. Artists saw fit to prop a canvas against a landscape and paint anything their eyes captured.

Yet no amount of observation can render nature demystified, as a biting sense of nature’s wildness in its unpredictability and unknowability remains. From the poison of a woodland frog to the destruction of a hurricane, an apprehensive and cautious respect of nature is instilled at each level.

The same trepidation is evoked in the paintings of Tang Hong Lee. At one glance, the viewer is able to discern forms of nature—from plant leaves, shoots, and even blades of grass to what resembles a rock waterfall. Dwell long enough and the uncanny surfaces, as your eyes at first drawn to the lighter shades and details begin to settle within the shadows.

Presented by Momentous Arts Gallery, Enigmatic Landscapes is Tang Hong Lee’s 4th solo exhibition in Singapore and will take place from 16 - 29 July 2016. Tang was born in 1963, in Kuala Rompin, Pahang Malaysia. He received his Diploma in Art from Kuala Lumpur College of Art in 1986 and graduated with a Bachelor of Arts (Visual Art) in printmaking from Canberra Institute of Arts, Australia. After teaching at the Kuala Lumpur College of Arts for twenty years, Tang returned to painting full-time. 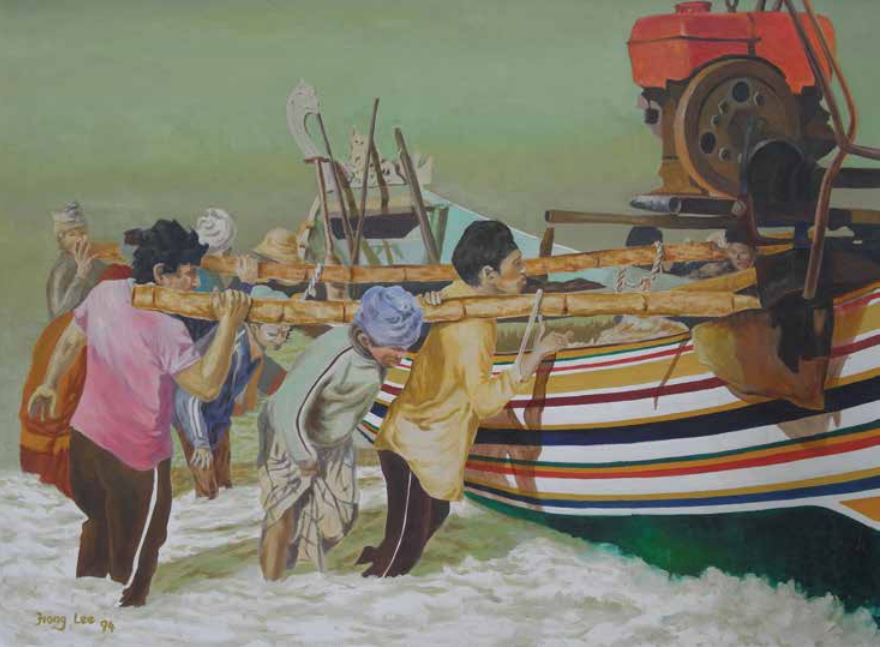 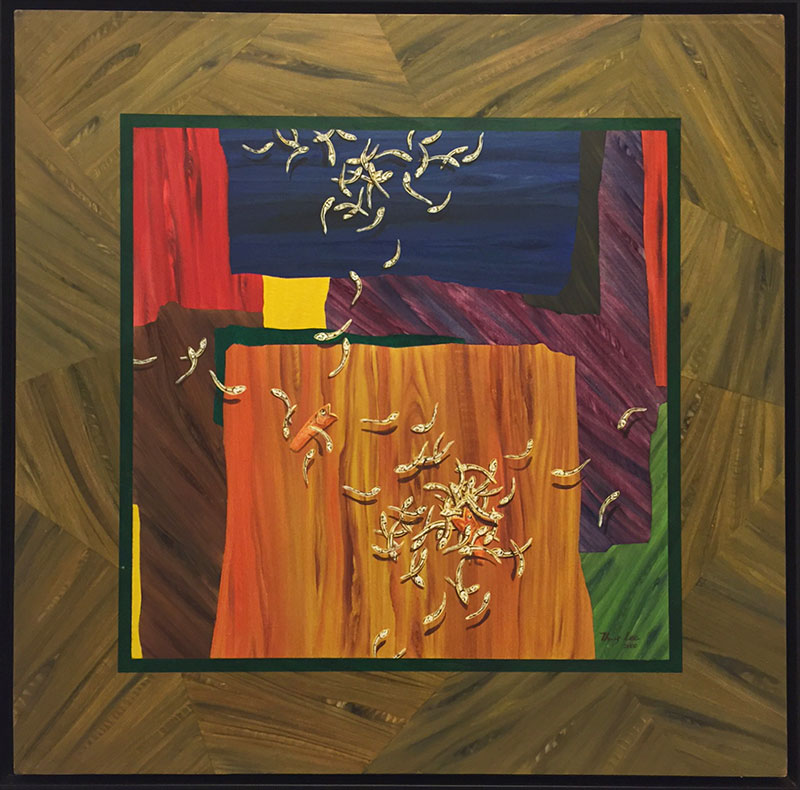 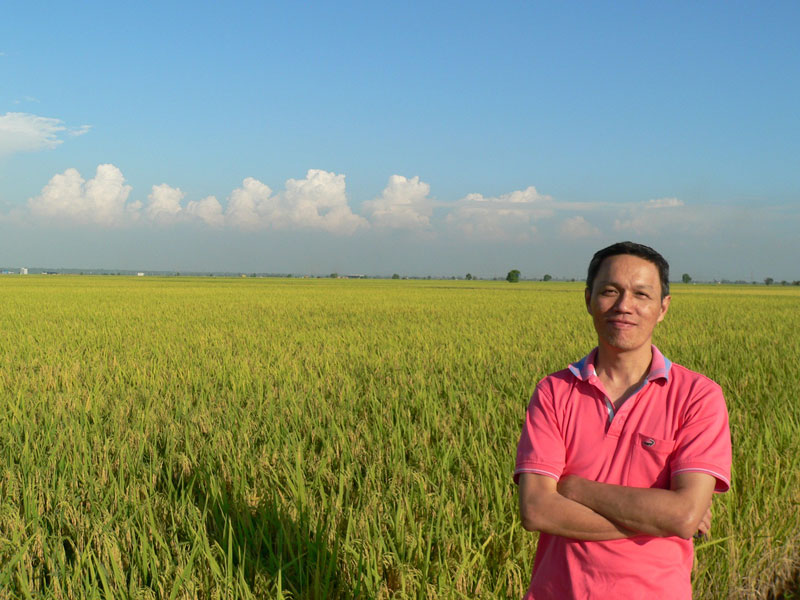 His oeuvre has seen a myriad of styles, subjects, and colours. In the late 90s, Tang’s works touched on the political, using anchovies—better known as ikan bilis in Malay—as a representation of social inequality. His style evolved to a more realistic one, but maintained the same graduated and mellow palette. From the year 2010, Tang’s paintings burst into colour as he made nature the focus of his study; polychromed landscapes contributing to a stimulating atmosphere.

“My journey in art has accompanied the stages of my life. As I watched my children grow up, their presence meant a more positive outlook, and my paintings pursued happiness just as I was going through the same experience,” the artist shared in our interview.

But the works we look at today take on a more shadowy slate.

“In this series, I am experiencing nature as it is—neither a realistic or abstract portrayal but a gesture,” Tang says. 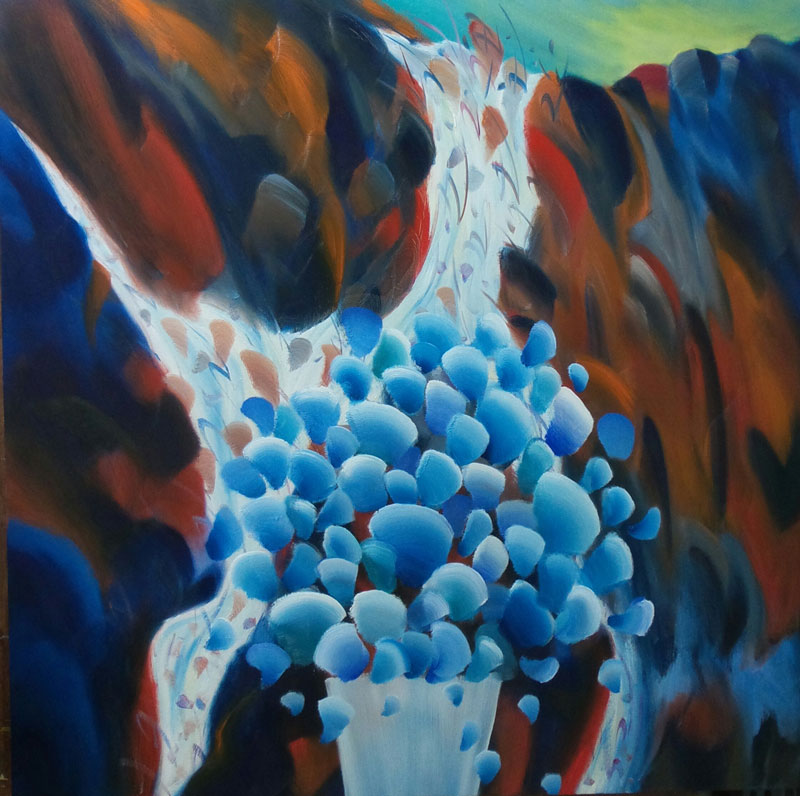 Indeed, the body of works in Nature’s Spectacles present a sequence of dichotomies; asymmetrical pulls and pushes that evoke—ripples beneath the surface—than illustrate. Tang couples the close-up perspective with something that is far off; a bunch of brilliantly blue flowers set against a brown waterfall. The familiar study of still-life against the animate, and the vibrant against the sombre. 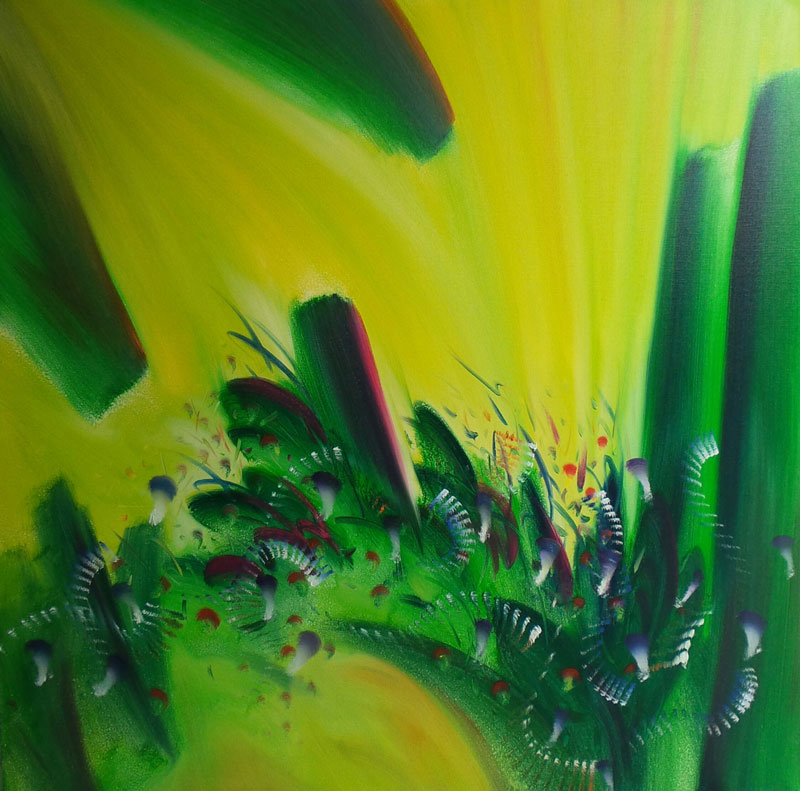 Small tiny dots gather in swirls across the canvas, miniscule shots of colour in each stroke. In the background, the surrounding sky and vegetation loom overhead.

“We often see the big picture and miss out the details, the tiny movements of bugs and butterflies, [which are] only seen when you get up close to it,” Tang enthuses. 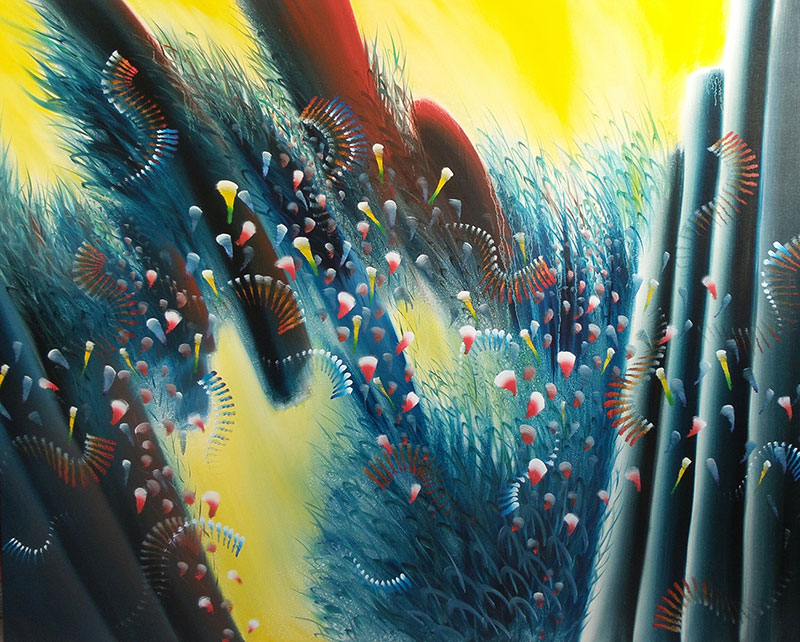 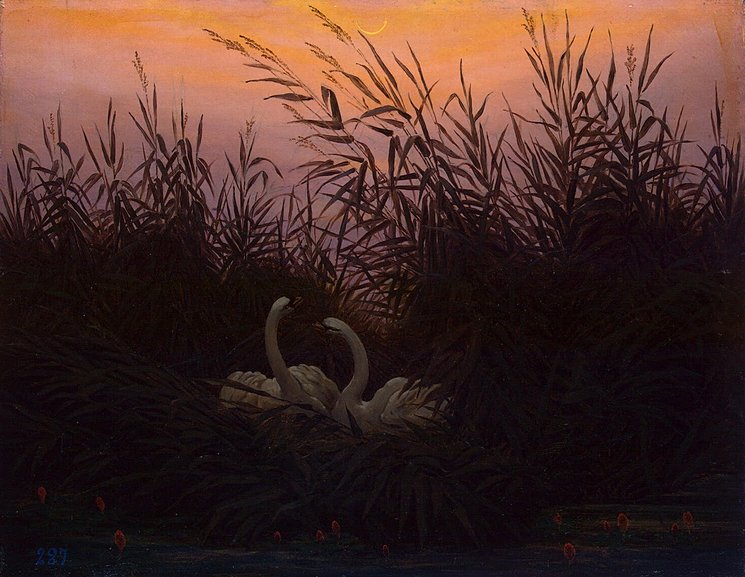 Caspar David Friedrich, Swans in the reeds at the first dawn, 1832. Oil on canvas. Image: source.

In fact, Tang’s fascination with the microscopic reminds one of the German Romantic Painter Caspar David Friedrich (1774 – 1840). The artist once remarked ‘The divine is everywhere, even in a grain of sand; there I represented it in the reeds’ when he spoke about his painting Swans in the Reeds. This quote is often only interpreted as finding a semblance of the divine in every part of nature, but perhaps Friedrich’s painting lends another deduction. By bringing the viewer to the perspective level of the swans, a sense of smallness is emphasised by the towering reeds and dark tones. The only vantage point from which we can steady our gaze is a silver of a moon, barely a stroke in the expansive sky. Likewise, a similar impression of being little is found in Tang’s works.

Though miniscule, the dynamism creates a rhythm; one can almost imagine the soft pitter-patter of caterpillars making their way up a leaf. This, flushed against the strong wind that blows across the plain and leaves bowed stems in its wake forces one to rethink nature and its beauty on a more cohesive level—from the vast to the almost invisible.

Tang captures the sublime through his contrast of the dramatic and the subtle in his rapid strokes and elongated lines. All at once the entire scene is moving, but each subject at its own pace. This dynamism, along with Tang’s choice of bold and stimulating colours captures the capricious sense of nature.

The surreal effect of the familiar yet estranged takes a page out of Henri Rousseau’s Tiger in a Tropical Storm. There is something foreboding one can’t put a finger on but it is the very same mystery that invites for a closer look. 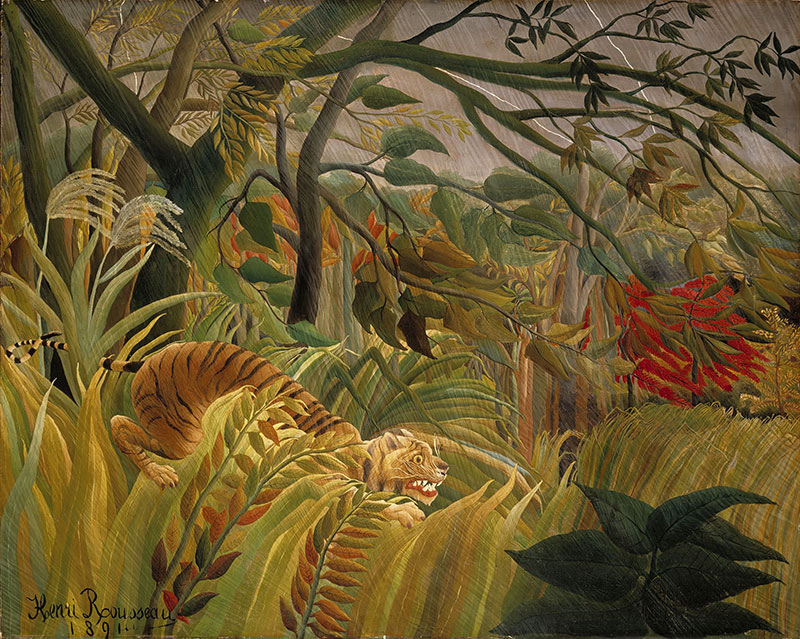 “I have been collecting Tang Hong Lee’s art for about 6 years now. His art has the power of refreshing the spirit through his rendition of mystical realism,” the fund director shared.

Indeed, the artist intended his works to do so, to spark a desire in viewers to venture out and experience for themselves the wonder in nature that Tang so loves.

“Technique can only get you this far, but creativity and imagination will bring you forward. My paintings are meant to encourage viewers to immerse themselves [in] and try to understand nature too. Because many city-dwellers today ignore the beauty of nature,” says the artist.

Enigmatic Landscapes opens at Momentous Arts Gallery this Saturday, 16 July 2016 from 3 - 6pm. The artist, Tang Hong Lee will be in attendance. Guests are invited to RSVP for the opening reception at momentousarts@gmail.com.

Keep up with the latest art events happening in Singapore. Get ArtHop now: