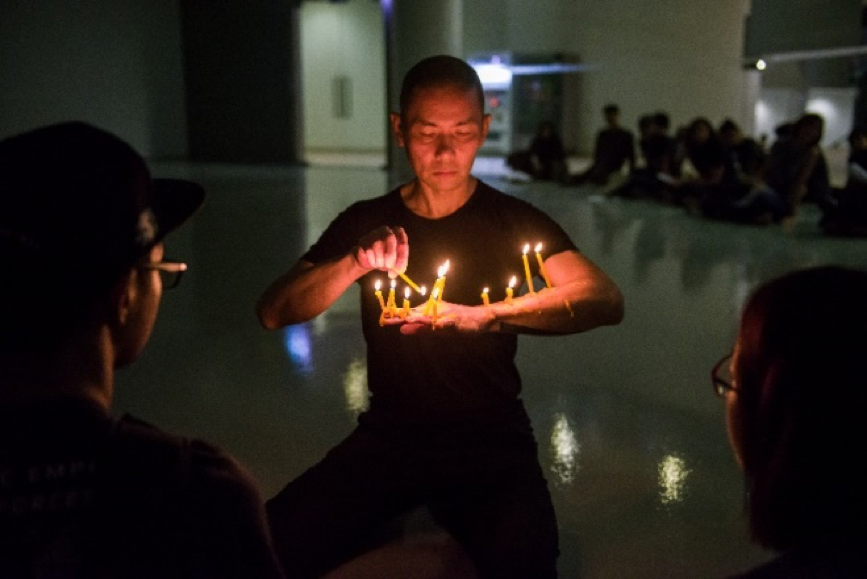 Walter Pater defined the art object as something we know only through “impressions, unstable, flickering, inconsistent, which burn and are extinguished with our consciousness of them”. He was never interested in anything of “solidity”, but only in “experience itself…that continual vanishing away, that strange, perpetual weaving and unweaving of ourselves.”1 Staged at the Institute of Contemporary Arts Singapore, Jason Lim’s opening performance Duet with light conjures up swirling, swaying images of flames burning on melting candles that drip along the length of his left arm. Unfazed and focused, he lights up candle after candle using his right hand. Then, carried along by moving his left arm slowly, one flame rises, another flame shrinks, and a third flame sizzles to nothingness.

Lim’s art is situated in the realm of aesthetics and experience. Furthermore, his interest leans towards process, performance and happening, and he recognises in them as ever changing, evolving and dynamic. As the artist stoops and gathers his candles from the floor to concentrate on his next move, there is also a sensibility, and sensuality, as it brings forth an evocation of mood and a nuanced suggestion of form. It is as if Lim wanted to objectify the subjective by using his body both as material and expressive language, working with it the way a painter does with his canvas. The face, a hand, his head, and the flickering candles are formal and even decorative elements which yield subjective impressions and atmospheric effects at the expense of narrative concerns. 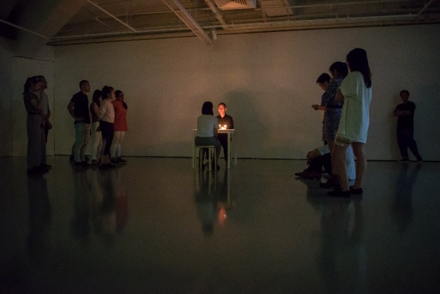 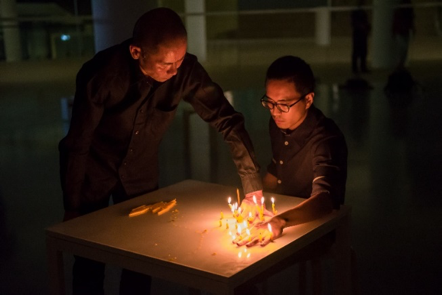 Despite his appearance of composure, one cannot help but wonder if the artist might in fact be contemplating these questions deep down, “Can I be more focused?”, “What additional strength, flexibility, or endurance do I need to enhance the execution of the movement?” On the other hand, this spectacle of dripping wax that sticks to skin and of bodily burns keeps the audience together as a mass of voyeurs, often blinking in unison, but not necessarily feeling a painful act. The artistic practice of Lim rests as much on the human spirit as it does on matter, always in pursuit of something new. For the audience too, he seeks to help us be aware of the self and the environment; of creation, destruction, and impermanence in life.

In Duet with light, one witnesses a pervading calm, a careful treatment of the activity of light, the use of space, and a relative disinterest for detail for the sake of detail. Black outfit. White background. Basic table and props. The composition of action and images in the empty gallery space reminds one of the 17th century “painting with light” of Rembrandt and his use of chiaroscuro. Yet Lim’s art is far from representation. He seems to already have in his mind those possibilities of form which include a certain randomness, variability, and disorder, whether he finds them in daily life or while improvising with his body movements, or in playing freely with real and imaginative spaces. At times, he silently invites the audience to engage in the creative processes, such as to sit in a chair opposite him in an act of looking and with their hand placed on the table alongside little clusters of light. Some photograph him, some observe his form, this time a rock stone precariously perched on his head as he gazes directly, body and matter as one. 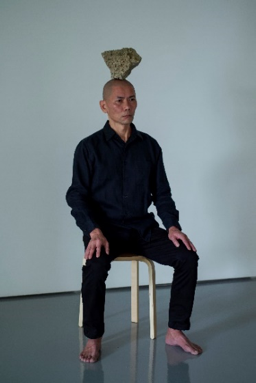 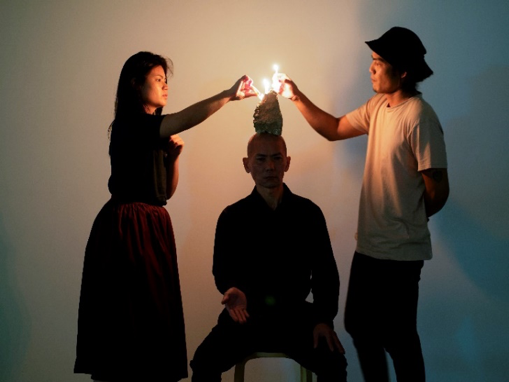 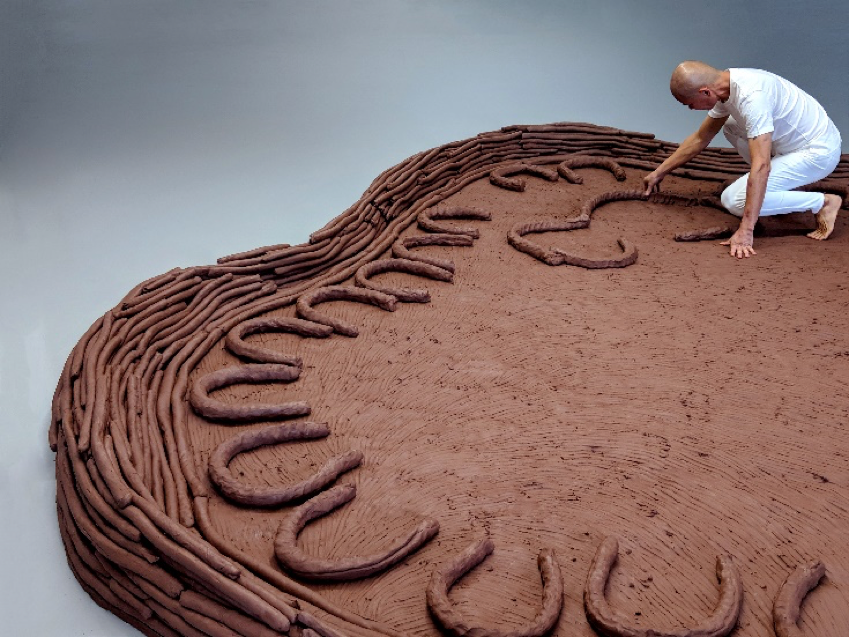 Jason Lim, Under the shadow of the banyan tree, Institute of Contemporary Arts Singapore, LASALLE College of the Arts, 2018, performance (6 hours each day), clay © Courtesy the artist. Photo: Sufian Samsiyar.

Later Lim would follow up with another site-specific installation and performance Under the shadow of the banyan tree where he lays 1500 kg of unfired terracotta clay on the floor of the gallery to illuminate their expanse and materiality as well as for making sculpture. The set-up of the space resembles a fancy chocolate cake pan which boasts a quilted surface and sided with stacked rolls of clay. Throughout a long performance executed over six days lasting six hours each time, Lim tasks himself to express the majesty of nature and the dense, woody, scattered forms that the aerial roots of the tropical banyan tree elicited. From the beginning, there is the process of pinching and thumbing to make many stepping stone paths to form the trunk, then patting down the sides, and more rolling, moulding, impressing and piercing to shape and texturize the unwieldy roots. By slowly observing him, one is led to think more about the plasticity of clay and the actions of the body. The artist seems to think through his body as he listens to the clay and its timing, rhythm and duration; working in sync, body and clay. 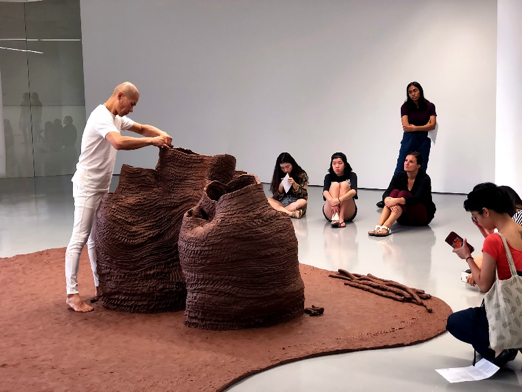 Jason Lim, Under the shadow of the banyan tree, Institute of Contemporary Arts Singapore, LASALLE College of the Arts, 2018, performance (6 hours each day), clay © Courtesy the artist. Photo: Sufian Samsiyar. 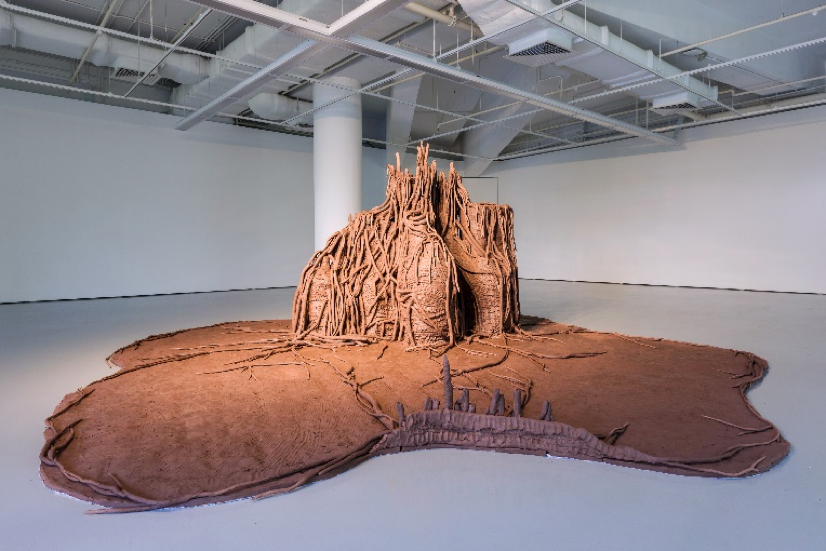 At the close of the sixth day, the finality of an image or the piece is displayed, marked by the material traces of Lim’s artistic labour. The physicality of the banyan tree, aerial roots and woody trunks indistinguishable from each other, veers between realism and abstraction. Alongside this, the artist seems to be asking us how we might want to perceive, or more specifically, how we become conscious of matter or objects. Under the shadow of the banyan tree gives to prominence not only the substance of clay, but also the tropical plant, a species of fig venerated and mythologised in the Asia Pacific region. From Hinduism to Buddhism and Islam, the banyan tree bears strong symbolism having both material and spiritual concerns. To Lim, elements such as earth, air, fire, water have presence and meaning, and like humans, matter or objects embody expression, attitude and, can speak as eloquently.

The artist presents his 3D work in a form that employs the stage and deals with the dimension of time. The length of the performances, between two and six hours, proves as well, a necessarily testing experience, as it slows down time and raises awareness – in an unexpectedly subtle exhibition.

1 The Object of Performance. Aesthetics in the seventies / Performance: Critical Concepts in Literary and Cultural Studies, 2003.

Jason Lim: Encounter Under the Banyan was staged at the Institute of Contemporary Arts Singapore, LASALLE College of the Arts from 13 February to 12 April 2018. Click here for more information.