What It Takes to Organise a Festival from the Ground Up

When we think of large-scale art festivals, we usually think huge capital, international artists, multidisciplinary scope and a team of staff and volunteers steered by an appointed creative director. Due to the amount of investment and work required, these festivals are normally organised by big institutions or government agencies.

Yet, debuting in New York City on 12th September is a festival that seems to have sprouted and grown out of the enthusiasm and efforts of the local Singaporean community; we’re talking about regular people who live and work in the big apple.

Something To Write Home About is a non-profit arts festival entirely organised and run by a team of volunteers. It aims to celebrate Singapore’s golden jubilee by giving New Yorkers a peek into Singaporean life and culture through the arts. The festival boasts a holistic line-up of visual art, dance, theatre, music, film, literature, food, and academics over a ten-day period, featuring a network of Singaporean artists and practitioners based in New York, as well as some Singapore-based companies, which will fly in to participate. 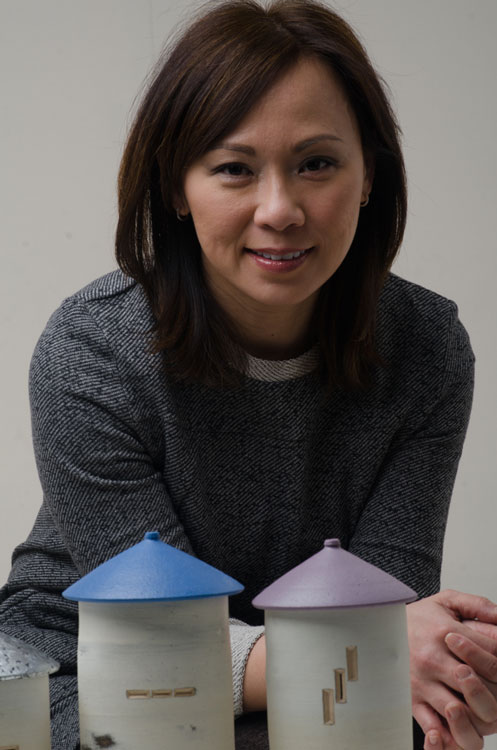 Dr. Hong-Ling Wee, Producing Artistic Director of Something To Write Home About.

Busy as you can imagine, ceramic artist and Producing Artistic Director Hong-Ling Wee, managed to carve out some time for a chat over brunch. Passionate and extremely driven, Hong-Ling had initially wanted to organise an SG50 group exhibition, something she had done for ‘SG40’.  However, the idea quickly snowballed into a full-fledged festival as the 23-year New York resident saw the need for something more substantial to impress New York’s extremely discerning and experienced audience. With her understanding of the local art scene, Hong-ling has carefully programmed the festival to showcase Singapore without being too idiosyncratic, telling Singaporean stories in a manner that is universally relatable. For example, The Necessary Stage’s one-woman show Best Of, shares the experience of a Muslim Malay woman reflecting as she prepares for a divorce. Under Muslim law, a woman seeking divorce has to seek permission from a male family member, which in the protagonist’s case, is a relative serving his jail sentence. Though the show highlights issues in the context of Singapore, many can still relate to its rumination on life. 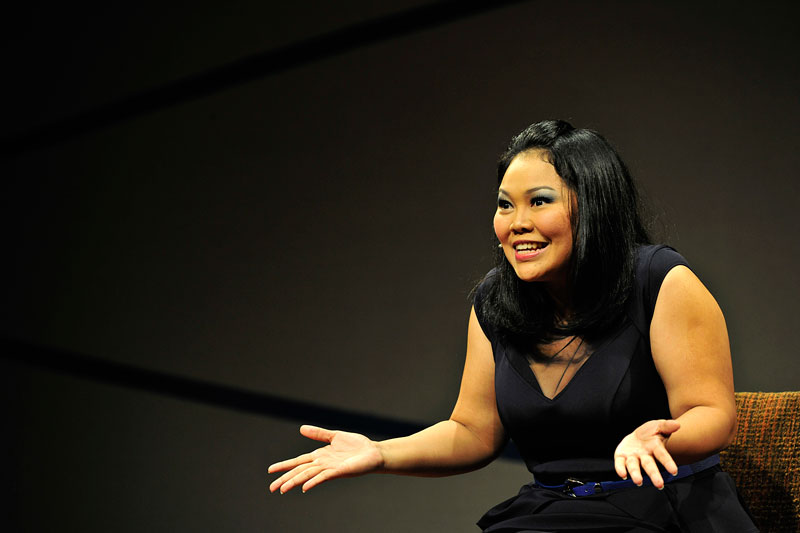 Hong-Ling began planning for the festival last June, and one thing that has made an impression on her thus far is the faith and generosity of the volunteers who have stepped up to offer their support. Whether it is in the form of joining the organising team, sponsoring the festival, presenting new work or simply volunteering to facilitate the programs, Hong-Ling has been incredibly touched by the willingness of strangers, Singaporean and non-Singaporeans, to offer their time and talents towards the cause without much hesitation.

When asked about the challenges of gathering so many people, Hong-ling only had kind words to say about the artists, sponsors and volunteers and she is humbled by their trust in her despite her having no experience running something of this scale. “It’s a mobilisation” she says, and she sees herself as an activator, reaching out to different creative sectors beyond the familiarity of visual art. In our conversation, I could sense her genuine desire to do this for the community and her love of home.

To Hong-Ling, being away from Singapore does not mean, as many perceive, an aversion to home. Instead, being away has created space for more reflection and has ingrained in her a sense of responsibility to fly the Singapore flag higher. “Nostalgia is a big driving force [for herself and the volunteers]. Being in NYC makes us remember and appreciate home and we are no less Singaporean just because we are here”. 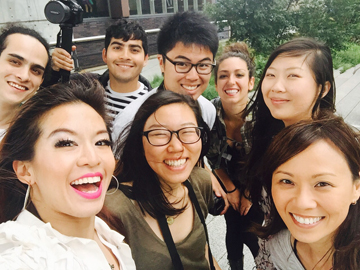 You’re only as good as your team

Recognising that the festival is as much co-produced by every supporter’s efforts, we spent a lot of our conversation talking about various individuals who have contributed thus far.

One of the volunteers Hong-Ling has come to rely upon is Program & Ticketing Manager Charmaine Chua. Charmaine, who is already actively involved with the New York Singapore Association, reached out initially to Singapore Tourism Board with regards to celebrating SG50 and was directed to Hong-Ling. Meeting for the first time, Charmaine, who works in the field of business consulting, immediately offered to help fill in the gaps in event management and logistics upon hearing Hong-Ling’s plans for the festival’s artistic direction. A ‘super volunteer’ as Hong-Ling says, Charmaine has been crucial to the festival’s development and provided necessary and complimentary knowledge and experience.

In terms of programming, Hong-Ling reached out to friends within her existing network, like Co-chair of the Singapore Literature Festival, Paul Rozario-Falcone and founder of The Necessary Stage, Alvin Tan, who helped spread the word. Yet, many of the participants are new friends who either approached Hong-Ling or were introduced to her. Filmmaker Tomson Tee for instance, initially met with Hong-ling as a volunteer but is currently producing a film about the festival. Although the idea to document the making of the festival was proposed by Hong-Ling, Tomson has taken it in his own creative tangent and aims to showcase the film if he finishes in time.

Another volunteer-turn-festival-artist is dancer Yun-Chun Chua. She applied to volunteer with her CV attached and upon seeing her dance experience, Hong-Ling invited her to participate and set up the collaboration between Yun-Chun and Maya Dance Theatre. Both parties have since choreographed their dance piece over Skype. 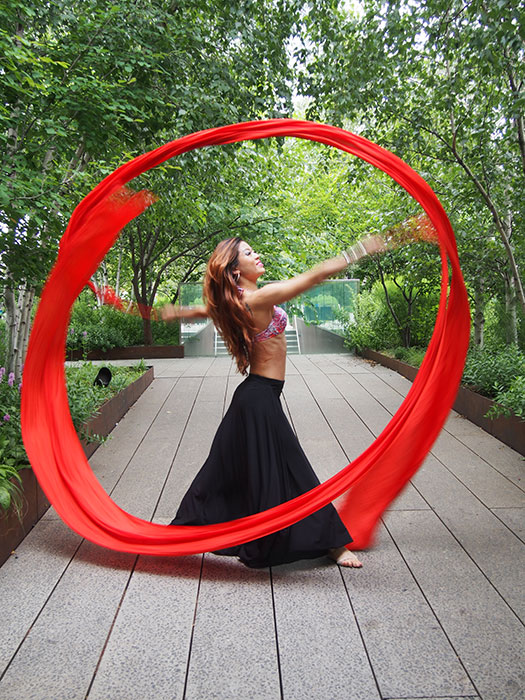 When it came to the logistically challenging task of programming the food, Hong-Ling was completely out of her comfort zone but met with similar enthusiasm. Chef and owner of Masak, Larry Reutens worked together with Hong-Ling to host three themed receptions in line with the festival’s shows—Peranakan cuisine for the opening visual art exhibition, Indian cuisine for the dance program which features traditional Indian dance, and Chinese cuisine for the closing night, which is an adult story-telling session based on Chinese folklore. And when the funding fell short to hold a Malay food reception to complement the theatre program, the owner of Southeast Asian restaurants Laut and Pasar Malam, Salil Mehta, offered to sponsor it. 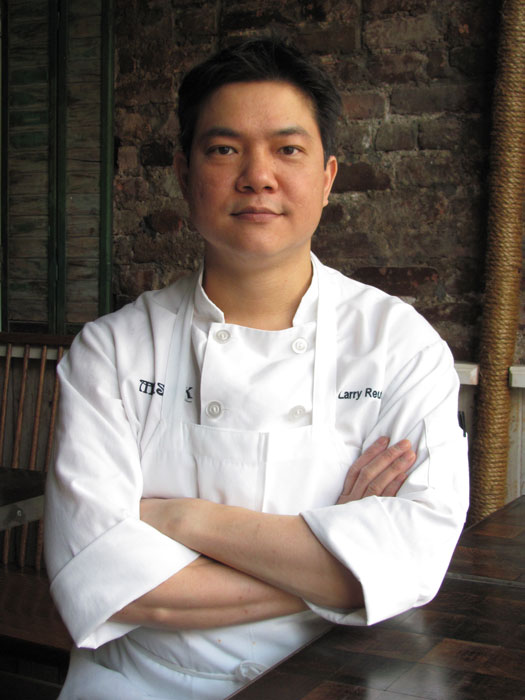 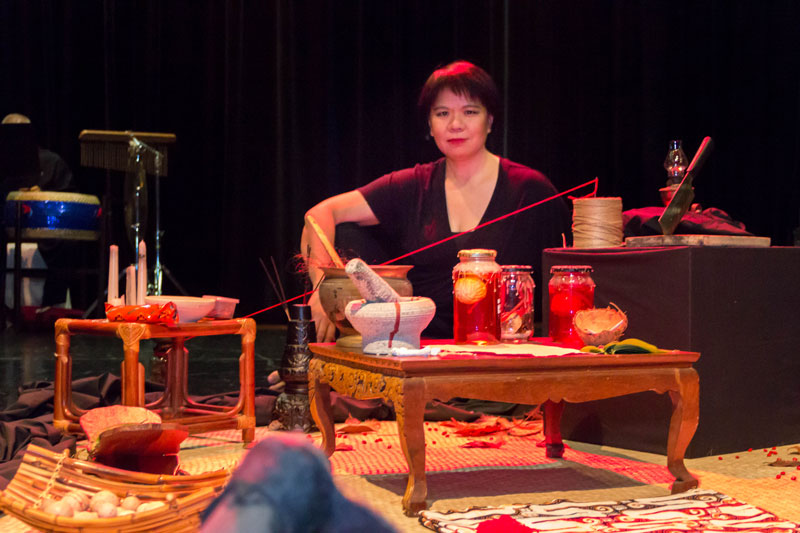 Knowing what it’s worth

Fuelled by the earnest dedication of volunteers and supporters, Hong-Ling feels ever more confident and determined to make the festival a success. Jokingly, she laments that she has spent the year serving National Service to Singapore and in many ways what she’s doing is a way to say thank you and give back. Even though she intends to retreat back to her studio practice after the festival, she hopes that beyond the surface of an SG50 celebration, the festival would inspire more overseas Singaporeans to initiate similar projects in the future. As she says, “It’s all about wanting to do something and putting yourself out there to do it”.

Something to Write Home About is from 12 - 22 September 2015. The first of its kind, get more information on the programmes and ticketing at their website here.