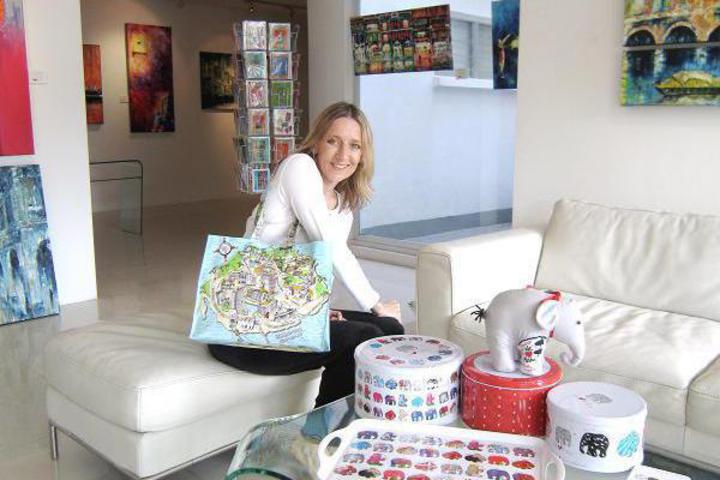 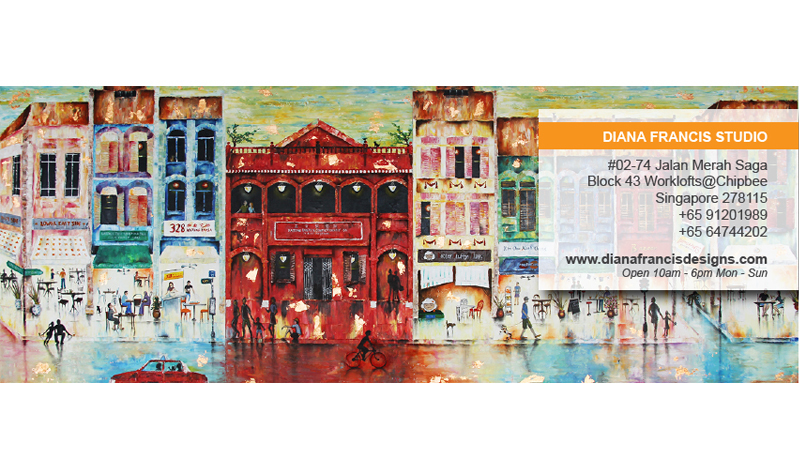 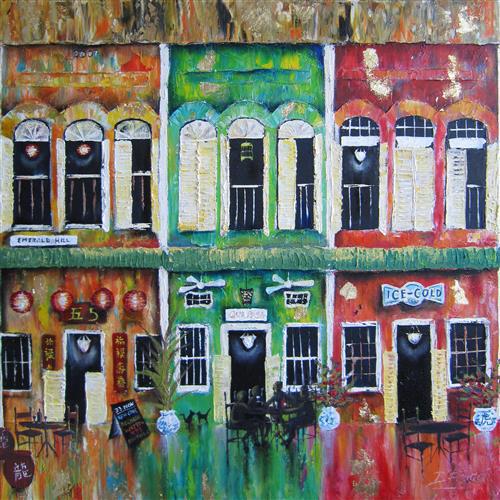 Diana Francis is a British artist, living and working in Asia for the past 24 years, but residing and working in Singapore for the past 18 years as a fine artist. Originally from a graphic designer and advertising background for several multi-national advertising agencies. in 2007, Diana decided to open her own graphic design company Fatcat Designs Pte Ltd, that managed corporate identity, branding services and her fine art. Diana's original works are collected regionally and internationally, both private and corporately. Corporate clients have included the Dutch Embassy in Singapore, The Royal Bank Of Scotland and Grand Park Hotel, Coleman Street. In 2008, Diana Francis represented the United Kingdom at the Beijing Olympics for the Fine Arts where she received an Olympic medal for her art contribution for the UK. Diana Francis Designs Singapore, was formed in 2007, after interest from customers interested in having Diana's fine art applied to different products such as fine art prints, homewares & greeting cards. Working with other clients in illustration for bespoke designed products, Diana's clients include Marina Bay Sands, TANGs, National Heritage Board and Mapletree for VivoCity.   Diana also worked as creative head for Elephant Parade globally, and recently worked with 100 artists to create Elephant Parade Hong Kong, in 2014. www.elephantparade.com